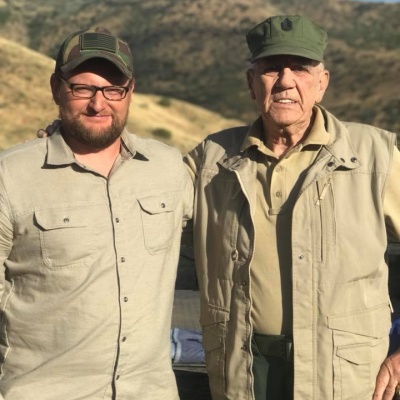 Nominated for
Best Gun Reviewer
Top Voices of the 2A
Georgia, USA

Spicy Freedom, 2A Advocate, SOT/02/FFL, Hunter, Fisherman, Nerdy Redneck. Eric and Chad became friends in high school by sharing a love of music. They eventually discovered they shared a love of firearms as well. In 2008, Eric and Chad began to record their reloading days and trips to the range on a little Sony point and shoot camera - just for fun. Eric uploaded these videos to YouTube and noticed that he started gaining subscribers. YouTube invited Iraqveteran8888 to become one of the first 50 channels to become part of their new "partners" program - they wanted to place ads on the content. Today Iraqveteran8888 has over 1.8 million subscribers and over 498 million video views.