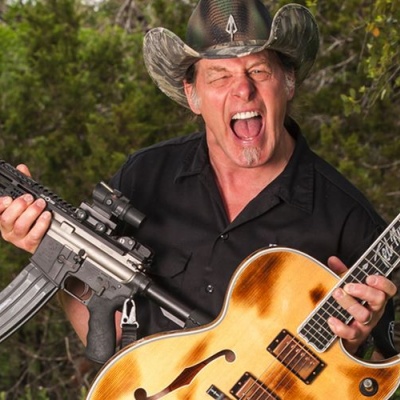 "To millions of music lovers, Ted Nugent has carved a permanent place in rock & roll history selling more than 40 million albums, performing more than 6,750 high-octane concerts, and continuing to set attendance records at venues around the globe.

To further millions, Nugent is the nation’s most outspoken proponent of our 1st and 2nd Amendment rights, conducting thousands of pro-gun, pro-freedom, pro-America interviews in major media worldwide. He serves as National Spokesperson for Hunter Nation, uniting hunters to protect our American values of God, family and country. Nugent is dedicated to preserving our great outdoor heritage for future generations. To that end, he founded the Ted Nugent Kamp for Kids in 1989. Both Ted & Shemane Nugent regularly host hunts for sick and terminally ill children with Hunt of a Lifetime, Hunt for a Cure, and via their own Kamp."