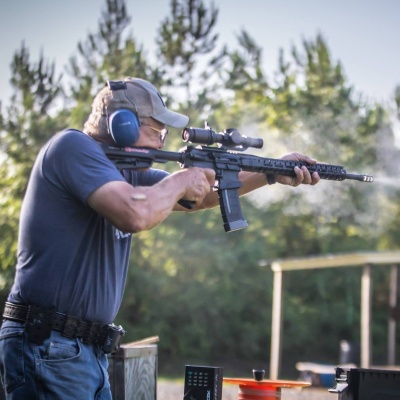 Nominated for
Best Shooter
Influencer of the Year
Louisiana, USA

Jerry Charles Miculek Jr. is an American professional speed and competition shooter. Miculek has emptied a five-shot revolver in 0.57 seconds in a group the size of a playing card, thus being dubbed "The Greatest Shooter of all Time".Widely considered to be the greatest shooter of all time, Jerry Miculek holds a massive amount of awards and accomplishments- Including 11 World records (5 of which are officially sanctioned by the NRA), over 100 National and World titles in several shooting disciplines, and is one of the only people to hold a Life Achievement Award for shooting.