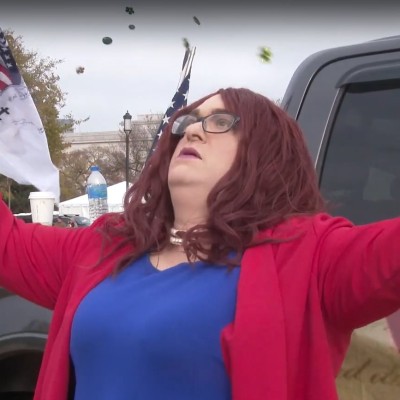 Nominated for
Top Voices of the 2A
USA

Erin founded Operation Blazing Sword in the wake of the 2016 Pulse Massacre as a way to reach people who desire firearms for self-defense, but don't feel safe learning to use them via traditional methods, by matching them with friendly and non-judgemental gun owners who will instruct them in the basics of firearm safety, operation, and ownership for free. Operation Blazing Sword is a 501(c)(3) charitable organization which has over 1,500 instructors in all 50 states as well as the US Virgin Islands, Canada, Australia, Brazil, Hungary, and Spain. You can learn more at www.blazingsword.org.

Erin is also the National Coordinator for the Pink Pistols, which merged with Operation Blazing Sword in 2018, making it the largest pro-gun queer group in the country. Founded in 2000, the Pink Pistols is dedicated to the legal, safe, and responsible use of firearms for self-defense of the sexual-minority community, and their motto is Armed queers don’t get bashed. There are currently 46 active Pink Pistol chapters within the USA and Canada, and many more members across the world. You can learn more at www.pinkpistols.org.